Join NuView for our Wednesday Workshop:

With 7 types of self-directed accounts, investors have a lot to choose from when it comes to tax savings. Traditional IRAs, Roth IRAs, SEPs, SIMPLEs, 401ks, HSAs, and ESAs can all be self-directed, but each account works a little differently from the others. This provides us a great opportunity to get creative in how we identify investment opportunities and placing those investments in the right place, or right account.

This workshop will go over some key considerations you can make to properly place the right deals in the right accounts, supported by real client case studies. 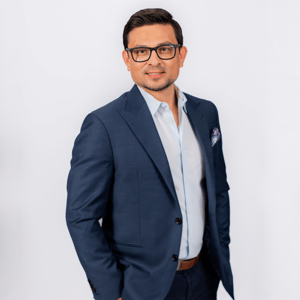 Nate Hare serves as the Director of Retail Sales at NuView Trust. Nate has extensive experience in real estate, lending, business development, marketing, and public speaking. He has 10 years of experience in the self-directed IRA industry and holds the designation as a C.I.S.P. (Certified IRA Services Professional) from the American Banking Association. Previous to his career in self-directed IRAs, Nate worked as a senior mortgage consultant for 7 years with Silver State Mortgage, Meridias Capital, and the Royal Bank of Canada (RBC), where he gained honors with a nomination for the National Mortgage LO Rookie of the Year in 2003. Nate has also been an active real estate investor since 2002, and formerly held his real estate license with Keller Williams in 2008.

NuView’s Administrative office is based out of Orlando where Nate oversees the Retail Sales Department. NuView has experienced tremendous growth and currently administrates over approximately $1.7 Billion Dollars in client assets, with over 10,000 current clients.

Nate is also extremely active in the public through the support of groups like the Toys for Tots, My Brother Rocks the Spectrum, and Alzheimer’s Association.